Fractured Fairytales are a Dark Industrial Metal band reigning from the eastern part of the US. Their sound incorporates elements of Industrial rock, death metal and black metal often themed with dismal and apocalyptic ideologies. Fractured Fairytales have gained a cult following through years of performing, promoting, heavy internet campaigning and word of mouth with no corporate backing.

In 2006 Fractured Fairytales manifested in the North American Underground Industrial scene with their debut full length album "Murmur". Quickly thriving in a dying scene and obtaining a strong internet presence nearly over night Fractured Fairytales were catapulted into the larger picture. In the first year of this self made campaign the band was featured in several national and international magazines and webzines, getting radio play and opening for national acts.

In 2009 Fractured Fairytales released their second full length album "Unvale", an apocalyptic concept album much more ominous and aggressive than its predecessor. The impact of adding Unvale to their musical arsenal granted Fractured Fairytales with enough momentum to tour the US in a time of venue stagnation and economic turmoil in 2010. Spawning two hit singles, Return to Dirt" and "Generation Dead" and charting in the top 10 on the CDbaby Indie Charts, Fractured Fairytales self proclaimed mission to darken the earth seemed well underway.

Two years of performing, a few lineup changes and two music videos later Fractured Fairytales released the "Revale" EP in 2011. This album featured song lyrics from Unvale with entirely different music.  Meant to be a rarity only a small amount of physical copies of Revale were manufactured. They sold very quickly and now the EP only exists in digital format.

Still ever growing, Fractured Fairytales embarked on another US tour in 2012. At this point the band was getting more press and exposure than ever, international magazine interviews and underground music compilations were stacking as online and social media reach was exploding. In early 2013 the band decided it was time to recluse into the studio to work on their third studio full length album.

After almost a year and a half of dwelling in The Hive, on April 22nd 2014 Fractured Fairytales released the long awaited third full length studio album "Egregore". Their vision has clearly grown and evolved into a different monstrosity in these even darker times. Already casting three singles "Null and Void, Blighted and Dear Human" and receiving a huge surge of internet radio and app play, Egregore quickly made wake in the land of the living.

2015 manifested a series of mini tours supporting the Egregore record as well as a music video for the widely streamed fan favorite "Spirit Drain". Fractured Fairytales did several exclusive interviews with magazines and webzines such as Carpe Nocturne and vampirefreaks shedding light to the Egregore creation process and promoting up coming tours. 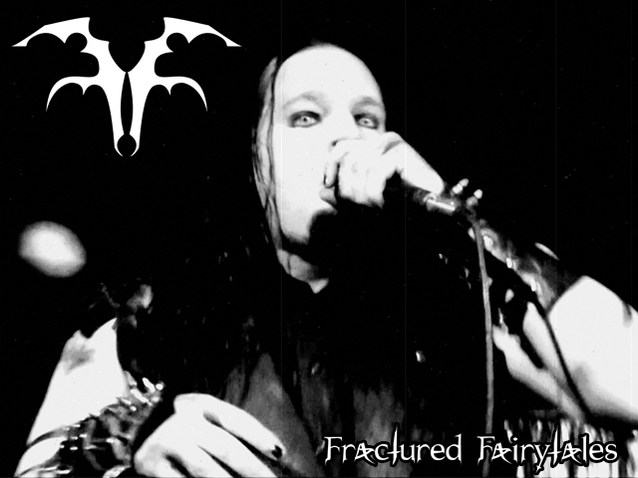